The new Pit-Party Bed Liner includes six cup holders around the perimeter, allowing people to place their beers securely in the holder while leaning against the truck during conversations.

“One of the biggest concerns our customers have when drinking at a pit or field party is having a place to set their beers while leaning up against the bed to chat,” said a representative for Chevrolet.

Often times, people “put their beer on the edge,” only to have it fall off the truck and onto the ground or the bed itself.

“We here at Chevrolet recognize spilling a beer is alcohol abuse,” the representative said.

The cup holders are designed to hold cans or bottles of beer during moments when people need to light up a cigarette or hit the bong.

“Say goodbye to awkwardly trying to find a place for your beer when it’s your turn to rip a huge burbly-gurgler,” Chevrolet says in advertising material coming soon to Maine.

The Pit-Party Bed Liner will be standard on all Chevrolet and GMC truck models beginning with the 2019 model year.

However, other improvements will be offered as options, including the Pit-Party Bed Liner Plus.

“The Pit-Party Bed Liner Plus has a reinforced, fire-retardant base so you can light fireworks off from the bed without worrying about setting the dry grass on fire in summer,” according to Chevy.

The material used in the new bed liners is more durable, but also softer than before, and cleans off easily, making it “the perfect place to get a handy, guy.”

South Thomaston — Cade Pease is like most of the other kids… 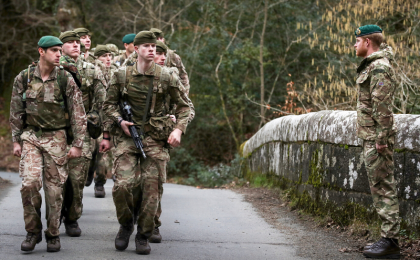 I have just finished my recruitment process for the Royal Marines! This…